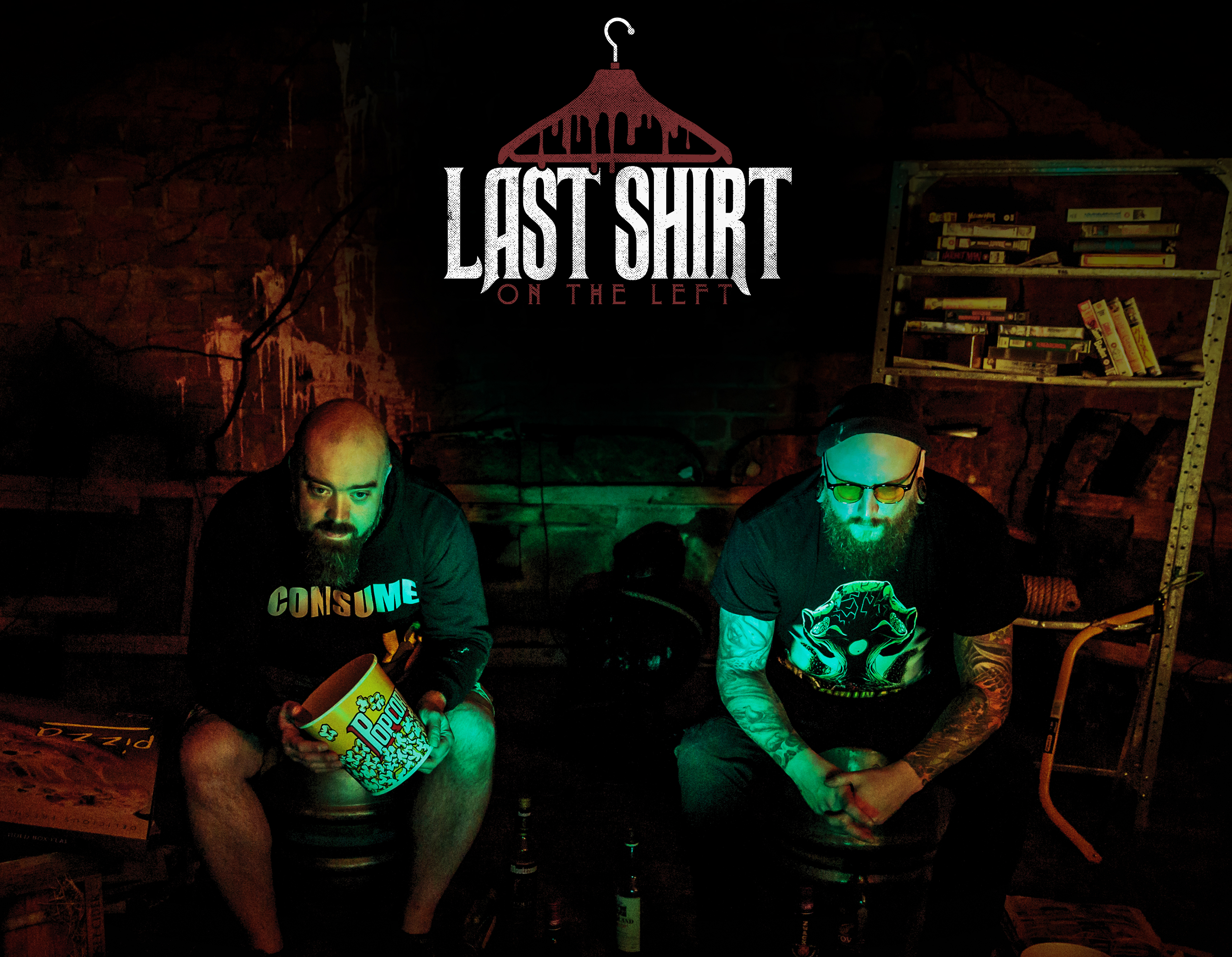 Last Shirt on the Left is an independent clothing company devised by two movie maniacs hell bent on unleashing great quality, beautiful and desirable film-themed merchandise on the world!

Our ultimate aim is to bring you a range of original, inspired and effective merchandise, ranging from Horror and Sci-Fi all the way through to Exploitation, Gore and more.

We started as an underground film night setup by a group of friends in the underbelly of the quaint little City of York, UK. As the night progressed we decided to create a t-shirt for the event, essentially a collage of characters from the films we had screened in 2013/14. By forcing this first creation on our unsuspecting friends and regulars, we were able to sell enough to cover the costs and raise enough funds to take things further. It was at this point that Last Shirt on the Left was born into the world!

If you want to know anything more, or if you just want to have a chat about films or anything else related, then please do get in touch!